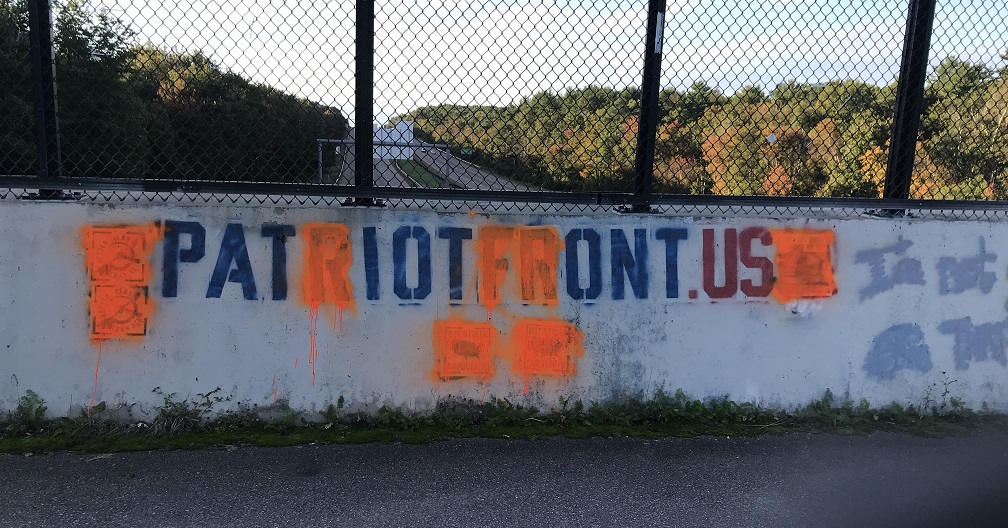 I'm writing you about HD.1196, "An Act Prohibiting Hate Speech", from petitioner Clinton Graham. Thank you for introducing the bill, and as a constituent I'm asking you to sponsor the bill, which I'll also ask from others in the Randolph delegation. The bill would address a hate speech incident which took place in our district last year.

In autumn 2022, I found white supremacist messages stenciled on the "Horse Bridge" in the Blue Hills crossing Rt. 24 in Randolph. The stencils included fascist images, white supremacist messages, and an organization name, "PatriotFront.us", ten feet wide along the pedestrian area of the bridge. I reported it to the Randolph police and Town Manager, who promptly painted it over. 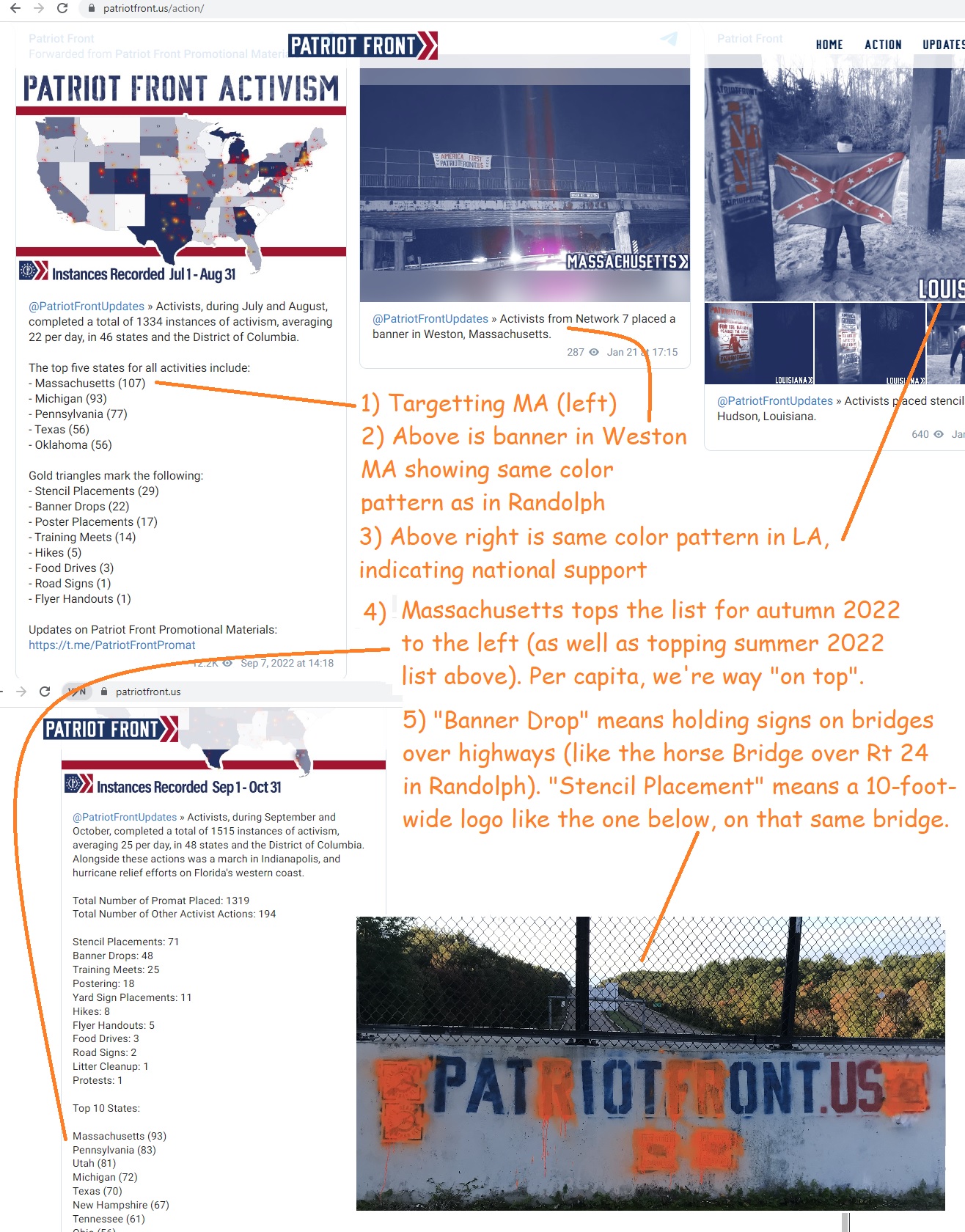 To see what could be done to prevent similar incidents in the future, I contacted the ADL (Anti-Defamation League) and the SPLC (Southern Poverty Law Center). Both those organizations denounce the PatriotFront.us on their own websites, and detail that this hate group has targeted Massachusetts, and focuses on holding banners on highway bridges, and stenciling around town afterwards. The PatriotFront.us website itself openly documents and encourages these activities. I would like to see the leadership of the PatriotFront.us charged with hate speech for facilitating that instance of hate speech in our district.

Unfortunately, the ADL and Randolph town officials concurred that facilitating or encouraging hate speech is not itself a crime. They concurred that only the people who were actually on the Horse Bridge could be charged, and then only if we could provide witnesses or evidence identifying the perpetrators. Mr. Graham's bill addresses that shortcoming in the law, by citing that hate speech includes "caus[ing] hate speech to be made or circulated."

SECTION 1. Chapter 269 of the General Laws is hereby amended by adding the following section:- Section 20.

(a) As used in this section, the term "hate speech" shall mean speech that carries no meaning other than the expression of hatred for some group, such as a particular race, color, religion, national origin, sexual orientation, gender, gender identity, or disability, in circumstances in which the communication is likely to or does provoke violence.