The Randolph Democratic Town Committee featured speakers on homelessness at its monthly public meeting on Feb. 5 at Randolph Town Hall.

“We estimate the number of homeless children in Randolph at about 100, up to 130 if you count foster care,” Hendricks said. “We don’t know the number for certain, because some are listed outside of the Randolph school district, and some do not report themselves as homeless.”

Hendricks said children count as homeless if their families are “couch-surfing,” not necessarily because children are sleeping outdoors.

“The Fireman Resident Council has been very supportive of the Randolph Homeless Children’s Fund,” Goldstein said. “We’ve raised funds and collected toiletries, gift cards and other items for donation. This work has been very rewarding.”

The program in Randolph was formed under the McKinney-Vento Homeless Assistance Act, the federal legislative response to homelessness. The original 1987 McKinney Act included services for homeless families, but none specifically targeting schools. Modifications since 2006 now ensures the right to attend public school, and transportation for homeless children, free of charge to their original school, even if they no longer reside in the district.

“The Randolph Democratic Town Committee supports the homelessness program in Randolph’s public schools,” Schwartz said. “We encourage others to learn about this program and to donate,”

“It’s great to hear that Randolph has this program available to focus on homeless kids and keep them in school,” said Jesse Gordon, an elected member of the Randolph Democrats, who donated a personal check. “Donations to this program go directly to the Randolph program and towards helping our kids, not to some federal bureaucracy or state agency.” 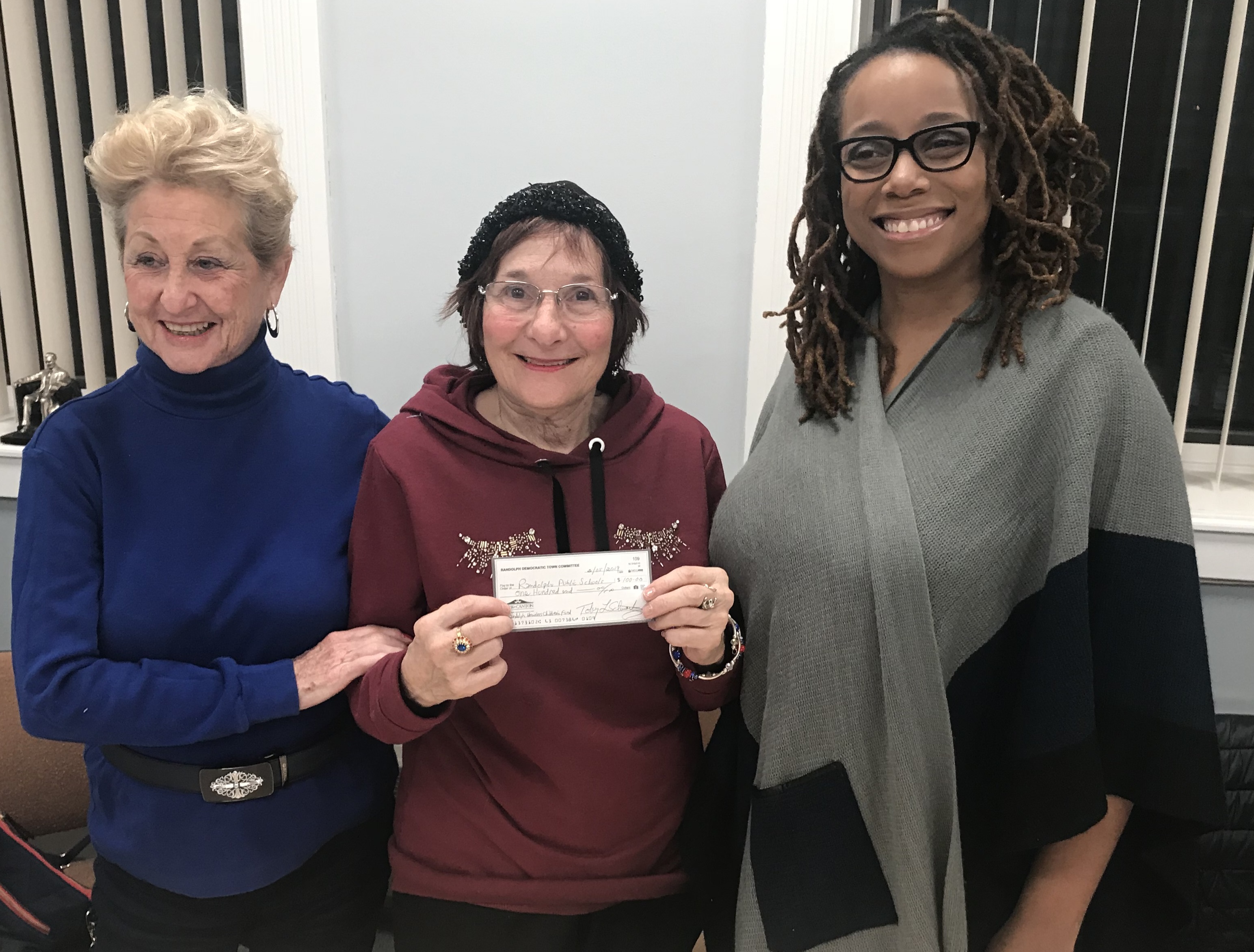