Jesse Gordon for Randolph Town Council > Events>> Standing on the Side of Love not Hate (Randolph Herald Aug. 18, 2017) 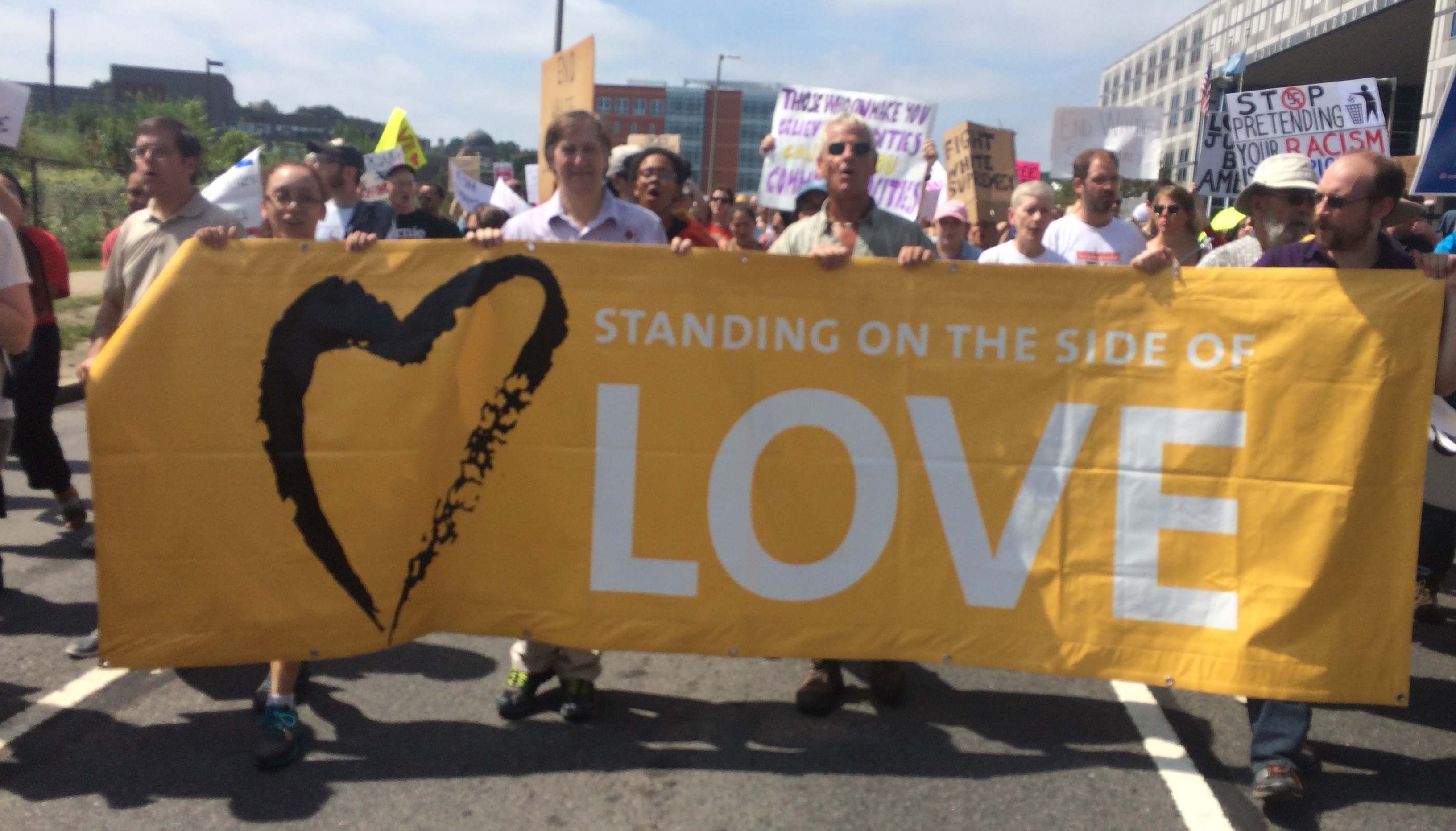 I attended the Black Lives Matter rally in Boston last weekend and would like to report back my experiences. I heard on the radio the day before the rally about how risky it would be; how the neo-Nazis and KKK might attend and might attack the counter-protestors as they had in Charlottesville -- and I felt like the news media was trying to scare people away. Indeed, the pair of Randolph teens who told me about the rally were banned from attending with me by their cautious parents. I'd like to report back that the rally was a strong show of solidarity against hate and intolerance, and felt like no risk except the trumped-up news media warnings.

At about 10 AM, I got off the T at Roxbury Crossing and got a little worried because Tremont Street (the route of the march) just had normal traffic – but the cops pointed me around the corner and past the TV vans – and there I saw The Crowd. The news media estimated 10,000 counter-protestors – I think I saw all 10,000 at that first moment, and it brought a tear to my eye – Boston had not been scared away, but would outnumber the hate-mongers many times over!

I marched with the Universalist Unitarian church, holding a banner "Standing on the Side of Love." That contrasts the bigots' hate, and also mocked Trump's assertion that the Charlottesville violence could be blamed "on many sides." No, said tens of thousands of Bostonians, OUR side is love and solidarity; YOUR side is hate and violence. I marched for a couple of hours, and came home to Randolph feeling like we had shown the bigots that we would bear witness to their bigotry and never allow it here.