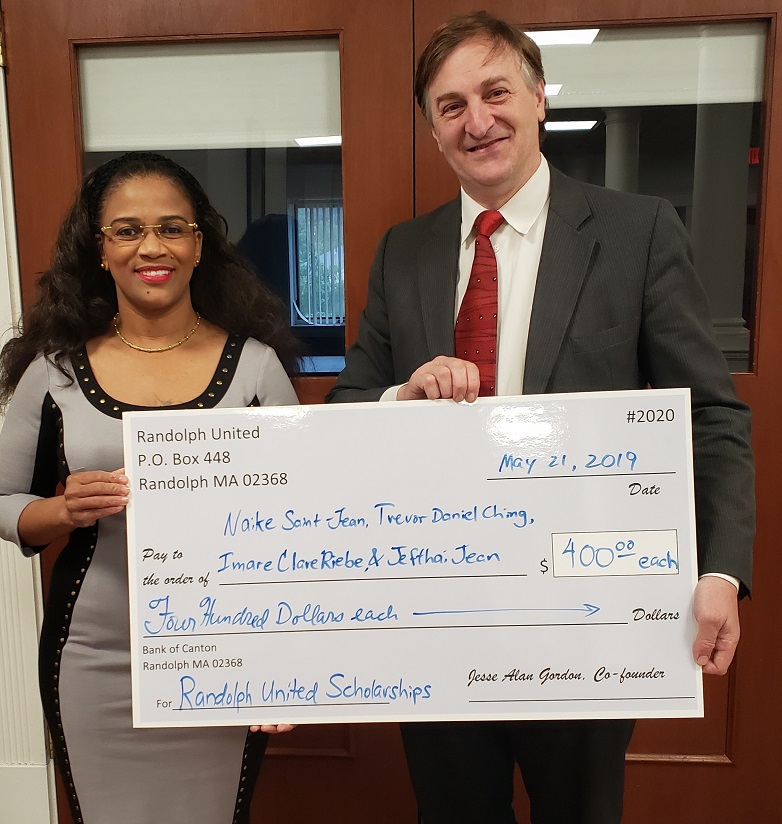 “We had so many strong applicants that we picked four instead of just one scholarship recipient,” said Jesse Gordon, a co-founder of Randolph United in 2017. “We hope to make this the first in a long annual tradition.”

“We awarded $400 for each of the four students,” said Judith Harris, the Randolph United treasurer. “The students receive their cash award when they finish their first semester at college and show us their report cards.”

This model follows the same method as the longer-standing tradition of scholarships from the Randolph Democratic Town Committee, of which Harris and Gordon are members. A certificate was presented to each student at an awards ceremony May 21 at Randolph High School.

“I’m very excited about this scholarship and how it brings together the communities of Randolph, which is, in fact, the purpose of Randolph United,” said Randolph Town Councilor Natacha Clerger, who is also a member of Randolph United. “I hope this becomes the first in a long annual tradition.”

The scholarship program was inspired by the March For Our Lives rally on March 24, 2018, at Stetson Hall.

“High school students organized that march and led that march — in Randolph and across the country — calling for common-sense gun legislation,” Gordon said. “We saw those students as the future of Randolph, not only on that issue, but applying that participatory spirit to other issues.”