Jesse Gordon is announcing his candidacy for the At-Large Town Council seat in the November 7th election. "I've submitted my nomination papers, and next week the Town Registrar's Office will certify that I've qualified for the ballot," says Jesse, who this week sent a thank-you card to each person who signed his nomination papers.

Jesse plans to knock on voters' doors from now until Election Day in November. "My campaign will focus on getting a fair share for Randolph," says Jesse. "For example, we've been paying our state taxes into the Masachusetts education system for decades without getting our fair share back for the Randolph school system, and I'd like to work to change that Ė I call that 'social justice.' And we've been giving our share for state and federal lands for decades too, yet all over town I see 'No Trespassing' signs on public land -- I'd like to work to change that, too Ė I call that 'environmental justice.' " Jesse plans to apply the "fair share" formula to economic justice and political justice issues, in the coming weeks, as well.

Jesse holds a Public Policy Master's degree in Environment and Development from Harvard University's Kennedy School of Government, and a Bachelor's degree in Molecular Biology from Brandeis University. He currently works as a Data Scientist at a pharmaceutical research lab in Cambridge. He worked for several years as a government contractor, for the federal EPA, MA-EOEA (state EPA), NMFS (Marine Fisheries), and numerous municipal governments. "I've written lots of government grant proposals, and won some, too, and I want to apply that expertise to bringing more state and federal resources to Randolph," says Jesse.

Jesse first moved to Randolph in 1999, and at that time he founded a political website, OnTheIssues.org, run out of his basement apartment. He moved back to Cambridge for a few years, and then in 2009 bought a house with his fiancťe, Kathleen (whom he met in Randolph), where they have been living since. Jesse has one grown son, Julien, and Kathleen has three grown children. 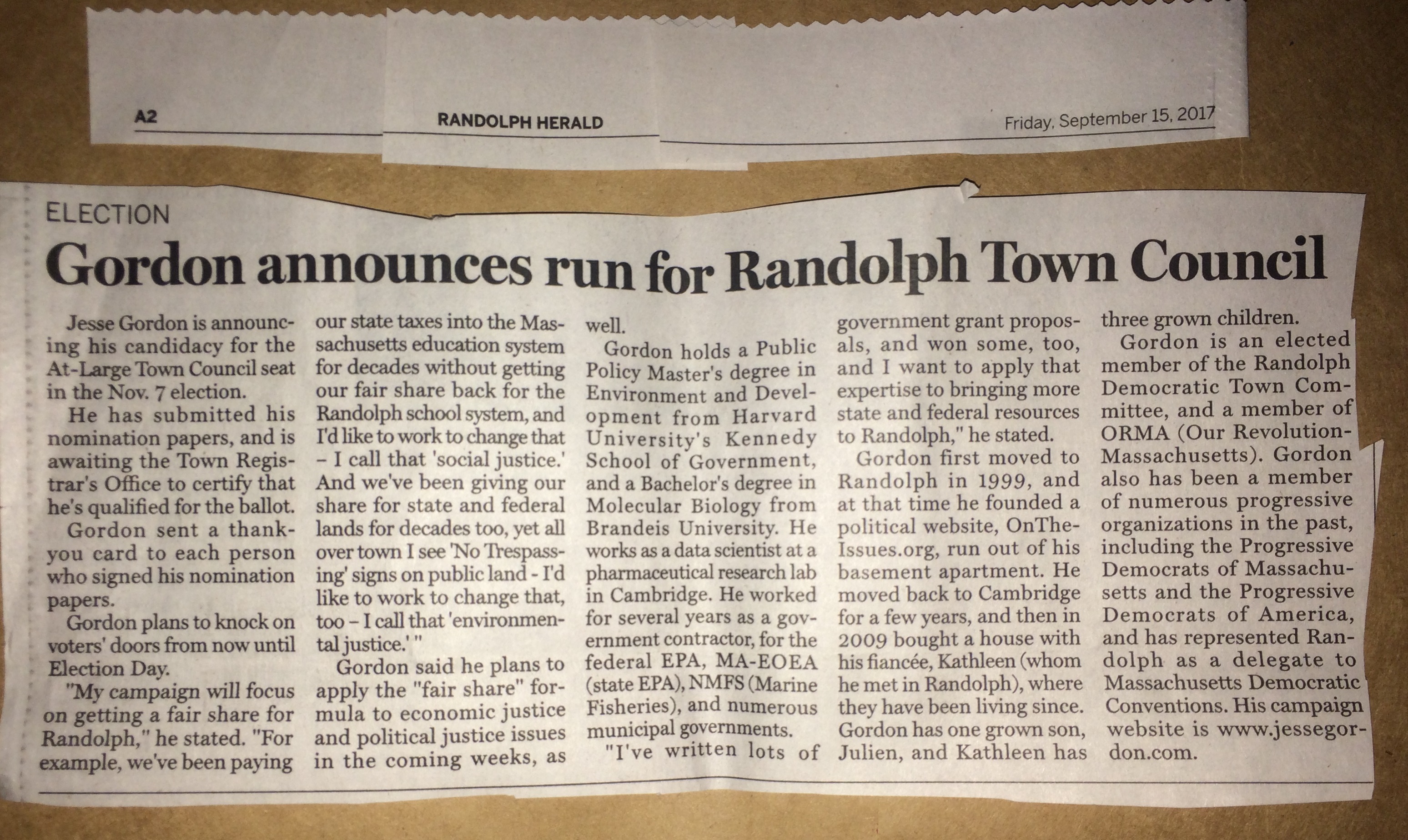