Jesse Gordon, candidate for Town Council at-large, announced his school funding policy this week. "Randolph schools have not gotten our fair share of state school funding, and that under-funding has hurt our children's education," says Jesse. "We need to push the state legislature to change the school funding formula so that Randolph gets our fair share, and I want to lead that push to get Randolph's voice heard."

The "school funding formula" determines how much of the Commonwealth's $4.7 billion education budget goes to each town and city. The formula was last fully revamped in 1993, and a State Senate bill (S.1905) introduced earlier this year would start another full revamping of the funding formula.

"The 1993 formula attempted to account for student diversity by counting English Language Learners and by counting the number of kids eligible for free school lunch," notes Jesse. "But those definitions are controlled by the federal government, outside of town and state control, and have caused our funding to deteriorate over the years." Jesse concludes, "Randolph is the most diverse town in the Commonwealth, and we would benefit by revamping the funding formula to directly account for diversity." Jesse cites the United States Census as his source; it directly measures diversity in every town and city in Massachusetts, and is updated every ten years.

When asked how Randolph might persuade the state legislature to hear our point of view, Jesse answers that Randolph should team up with other town councils. "Our town council should pass a resolution calling for the school funding formula to account for diversity as measured by the U.S. Census. Then our town councilors should ask their counterparts in other similar towns to pass the same resolution, and deliver it jointly to the state legislature." The other most diverse town in Massachusetts include Chelsea, Brockton, Lawrence, and Pittsfield -- towns which also have under-funded school systems.

Jesse's campaign team is distributing flyers across town over the next few weeks with details of Jesse' education policy. The flyers can also be found at www.JesseGordon.com. 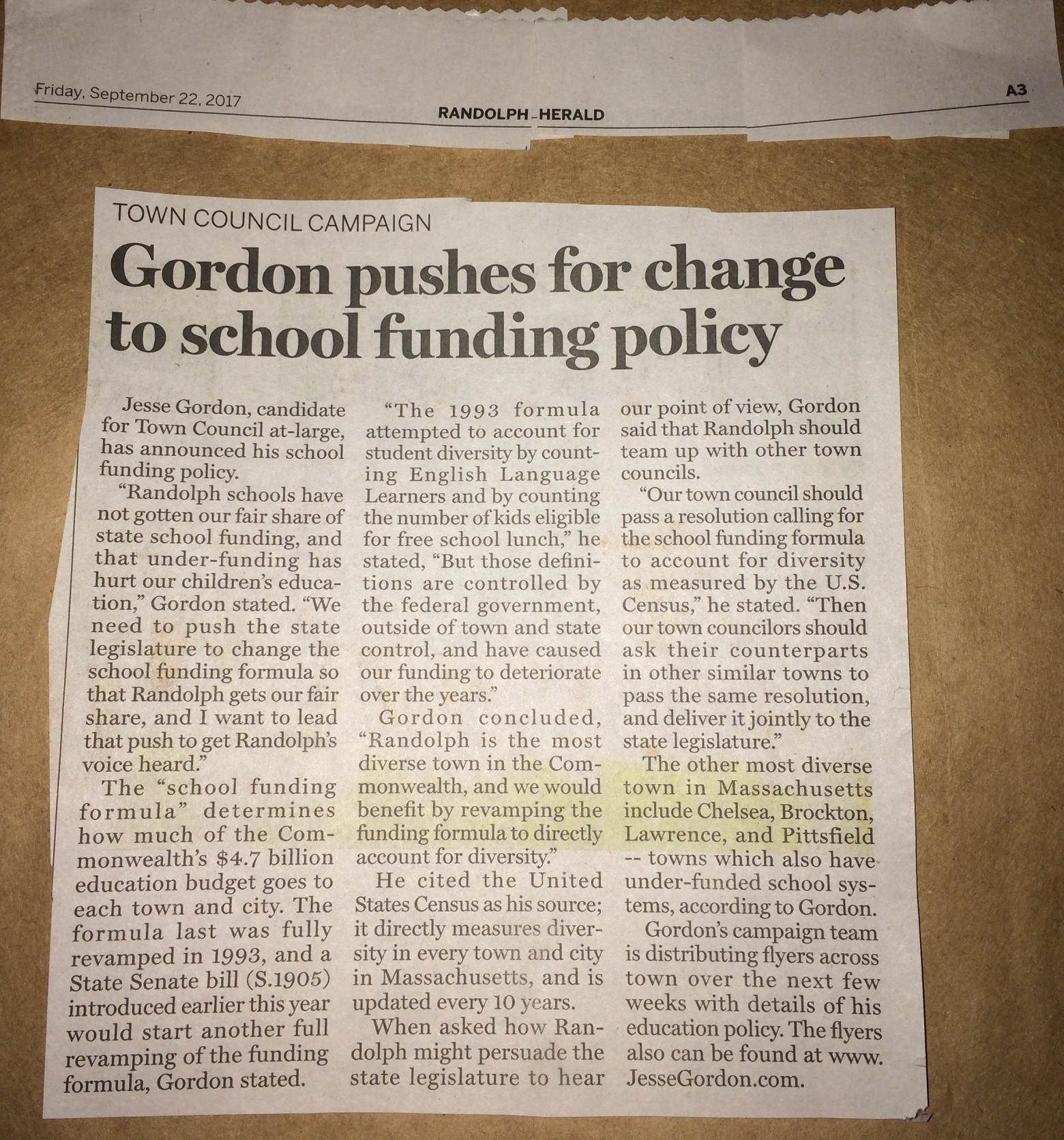